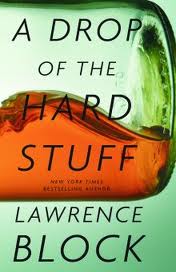 The Alcoholics Anonymous program is designed to provide sustenance and
guidance to those seeking to remain sober.  Its 12-Step program is
meant to provide them with a moral roadmap to atone for past abuse,
mistakes and sins.  In this early-days Matthew Scudder novel, it
instead leads to a series of murders.

An alcoholic himself, Matthews enters AA in an effort to stay away
from alcohol, which had basically ruined his life.  Soon he meets Jack
Ellery, another AA member with whom he grew up in The Bronx.  While
Matthew became a cop, Jack went the other way, living a life of crime.
Now he is trying to take the seventh and eighth steps of the Program
by making amends.  The effort gets him murdered, shot in the head and
mouth, presumably by someone who is afraid Jack’s endeavors would
expose the killer for an act done in the past.  Jack’s sponsor retains
Matthew to look into some of the people Jack went to in his attempts
to make amends, if only to eliminate the innocent.

The novel is a look into not only a murder investigation, but other
things as well: Matthew’s development as a sober person; love; loss;
nostalgia; and most importantly, human relationships.  Written with a
fine eye for dialog and penetrating insight into the characters, the
book is an excellent example of why the Matthew Scudder series is so
highly regarded, and it is recommended.