RENNIE AIRTH – The Novels Between The Two World Wars

The United States entered as combatants late in World War I.  The French and the British on one side and the Germans on the other side engaged in trench warfare, living in rain and ice-filled trenches for years.  The Germans used mustard gas as part of their arsenal, destroying the lungs of many of the allied soldiers.  The experiences of the soldiers on both sides led to an agreement that should this war prove not to be “the war to end all wars”, trenches and poison gas would not be used on enemies in the military.  Rennie Airth, like Charles Todd, wrote a series of books about a British soldier who returns after the war to pick up his life as a policeman.

Rennie Airth was born in South Africa and was a journalist until he turned to the writing of fiction.  John Madden, like Charles Todd’s Ian Rutledge, has returned to Scotland Yard after serving with British Forces in World War I.  Madden is as deeply scared as Rutledge, although the two characters are completely different.  Madden is not only dealing with the trauma of the battlefield, he has also lost his wife and daughter in the flu epidemic.  For Madden, work is a way to avoid facing his personal losses.

Airth created the character after coming across material left by an uncle who was killed during the first world war.  Madden does not come from the same privileged background as Rutledge and so he brings a different slant on life to the business of crime solving.  He is more open to those he meets than Rutledge.

I read each of these books as they were published so the reviews on Amazon are more accurate than my memory.

All the familiar elements of suspense writing are given an unusual and satisfying twist in this grim and fascinating thriller set in the English countryside shortly after WWI.   Inspector John Madden of Scotland Yard, a taciturn veteran and casualty of that war, and a widower still mourning the loss of his wife and young daughter, is sent to investigate the gruesome murders of a prominent, well-liked family in a small Surrey village. Aided by young constable Billy Styles, as well as an initially almost indistinguishable parade of local police personnel and their several superiors, Madden is quick to recognize the nature of his quarry’s particular expertise. An unsolved earlier murder is shown to eerily parallel the present one, and the hunt is underway, for an ex-soldier whose modus operandi includes “constructing a military-type dugout” near the scene of each successive crime he patiently plots and carries out. In a nail-biting narrative that generates terrific suspense, Airth juxtaposes the specifics of the police’s investigation with brief glimpses of victims-to-be and also chilling views of their scarcely human killer whose identity is soon revealed, though the full truth of his complex motivation is saved for the closing pages. The impression of a world made mad by the carnage and psychic weight of the recent war is very strikingly conveyed. As a Viennese psychiatrist (whom Madden consults) puts it: “When it comes to injuries wrought to the human psyche, there is no need to look further than the experience of the common soldier in the trenches.” And the depth of that madness becomes vividly apparent as the story reaches its savage climax, sobering denouement, and elegiac conclusion. A fine, frightening piece of work. One looks forward to meeting Inspector John Madden again soon. — Copyright ©1999, Kirkus Associates, LP. All rights reserved. –This text refers to an out of print or unavailable edition of this title. 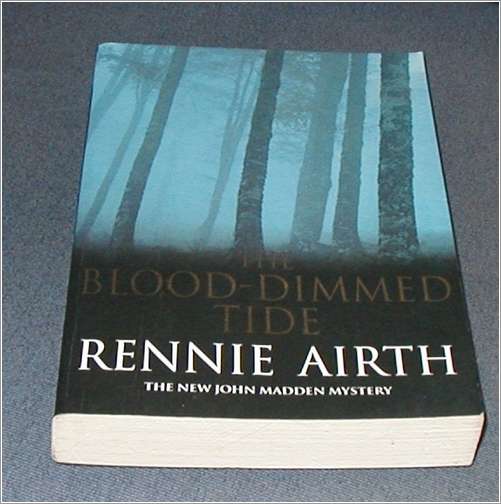 Rennie Airth’s first John Madden historical thriller, River of Darkness, found a place on more than a few “best of the year” lists in 1999–with good reason. Set in post-World War I England, it was serial-killer fiction of an unusually exalted order, with Madden, then a taciturn and wearily pragmatic veteran-turned-Scotland Yard inspector, investigating the eerie slaughter of a well-respected family in Surrey.Fortunately, Airth’s first sequel was worth the six-year wait. The Blood-Dimmed Tide(which takes its title from a W.B. Yeats poem) finds Madden now retired and living peacefully on a farm in Surrey with his doctor wife, the former Helen Blackwell, and their two children, 10-year-old Rob and 6-year-old Lucy. The year is 1932, and the precipitous rise of the Nazis in Germany leaves many of their fellow countrymen, as well as no few Brits, worried for the future peace and stability of the European continent. More immediately concerning for Madden, however, is his discovery of the corpse of pubescent Alice Bridger–raped, disfigured, and secreted near a tramps’ backwoods campsite. Suspicion falls quickly on a vagrant known as Beezy, who was supposedly visiting the area, but Madden–with his remarkable insight into crime (“Madden’s always had a way of seeing things clearly, of seeing through them, or rather beyond them,” relates a former police colleague)–thinks this is more than an isolated homicide. Sure enough, a records check turns up similar slayings elsewhere in England, dating back to 1929, as well as an active investigation by German law enforcement into half a dozen dead girls in Bavaria and Prussia. What accounts for both the wide range of these mutilations, and the lengthy lag time between them? Could the police be looking for a psychopathic traveler, or worse, a rogue spy who’s managed to maintain a respectable front at his international postings, while satisfying his malevolent appetites in his spare hours? And what is the “devil’s mark” that this killer reportedly bears?Airth is a fastidious plotter, expert in trickling out twists that heighten story tension but don’t leave readers awash in red herrings. Although Madden’s role here is somewhat less than it was in River of Darkness–a consequence of his strong-willed wife trying to protect him from further hurt, after the horrendous events of that previous tale–the author compensates by giving us a supporting cast of amply dimensioned Yard types, led by Chief Inspector Angus Sinclair, a perceptive Scot whose doggedness pairs well with Madden’s gift for inspiration. While Airth fails, oddly, to exploit a couple of opportunities for interesting plot turns at book’s end, his psychological portrait of the murderer imbues Tide with a fine pathos, and the backdrop of Nazi power-grabbing sets the stage for what is supposed to be a third and final Madden yarn. Let’s hope that novel appears in more expeditious fashion. –J. Kingston Pierce – 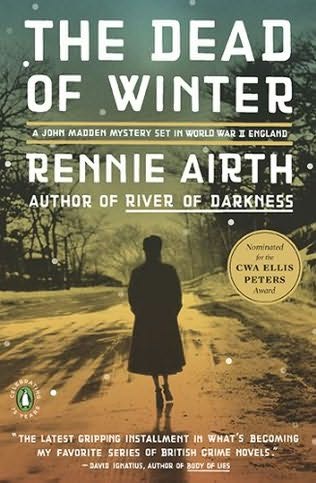 “[Rennie Airth’s] meticulously detailed procedural mysteries are beautifully written . . . well worth reading, and rereading.”
-Marilyn Stasio, The New York Times Book Review On a freezing London night in 1944, Rosa Novak is brutally murdered during a blackout. Scotland Yard suspects the young Polish refugee was the victim of a random act of violence and might have dropped the case if former police investigator John Madden hadn’t been her employer. Madden feels he owes it to Rosa to find her killer and pushes the investigation, uncovering her connection to a murdered Parisian furrier, a member of the Resistance, and a stolen cache of diamonds.Delivering the atmospheric writing and compelling characters that have already established Rennie Airth as a master of suspense as well as style, this long-awaited third installment in the John Madden series is historical crime writing at its best.