LEIGHTON GAGE ON MURDER AND THE GAME THAT UNITES BRAZIL 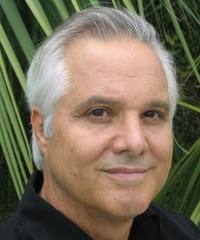 In that I live in New England, it should be no surprise to my fellow Americans that the only news being covered this week is football.  The New England Patriots are playing the New York Giants in the Superbowl.  The quarterback on the Pats is Tom Brady who is headed for sports’s immortality as the best quarterback to play the game.

The streets are deserted as fans and not fans settle in to watch a game that is played in four fifteen minutes quarters.  In real time, games are never completed in less than three hours.  The score is very close, so I am not watching it.  I can hear the  play-by-play but I only watch if the Patriots are leading by twenty-one points.

It seems the perfect day to post Leighton’s story about the game everyone else knows as football, soccer to us.  We take our sports seriously but we are no way near Brazil when it comes to rivalries.

Someone commented recently that this blog is misnamed, that Murder Is Everywhere seems to deal with just about everything except murder. It wasn’t meant as a criticism, but it did give me pause. After all, folks, we’re crime writers. Writing about murder is our stock-in-trade.
So, this week, I’m gonna do it.
Let me start by asking you a question:
How many people do you know, know personally, who’ve been murdered?
Here inBrazil, unfortunately, it’s a pretty safe bet that most people know at least one.
Me? I know three. One was a young woman I’d known since she was a child of eight, another a close friend, and the third was my wife’s maternal uncle.
The sad reality about this place is that the great cities ofBrazilhave murder statistics that top those of many small countries – and most big cities in any country. When a murder occurs, the competition for media space is fierce. Many of them get no mention at all.
Over the course of a few posts, spaced about a month apart, I’m going to try to give you some feeling for what does get into print – and onto the television news. And with it, hopefully, furnish you with some insight into this country and it’s people.
If a given murder gets more than ten percent of the air time in the country’s most popular nightly newscast (Rede Globo’s Jornal Nacional) and then goes on to capture a front-page headline in my local newspaper (O Estado de São Paulo) I’ll consider it a candidate. If it goes on doing so for a week, I’ll write about it here.
So what makes for a “winner”? What propels a given murder to the top of the headlines?
Well, let’s see.
Brazilians love kids, so the killing of a child is usually a contender.
We had one of those in Rio de Janeirothis week. Not really a homicide, more like an accident. The cops were shooting it out with some bad guys, and an eleven-year-old boy got taken down in his classroom by a stray bullet. It hit him in the heart. He died on the spot. But the media storm over that one blew up and died down rather quickly.
Totally innocent people being murdered by the police is something else that usually attracts a few days’ frenzied indignation. We had one of those a couple of months ago inSão Paulo. They took the victim, a motorcycle messenger, back to the precinct house and beat him to death. That crime, too, has pretty much sunk without a trace. Other murders by the police have longer-term repercussions. You might want to check out this one, which made world headlines back in 1993:
http://en.wikipedia.org/wiki/Candel%C3%A1ria_massacre
And then there was the case of an attractive woman murdered by a major sports star. Even here in Brazil, that sort of thing doesn’t happen all too often. And last week, when it did, the case occupied fully twenty-percent of the Jornal Nacional for five nights in a row.
And takes center stage for this, the first installment of Murder In Brazil.
Here’s a photo of the victim, Elisa Samudio. 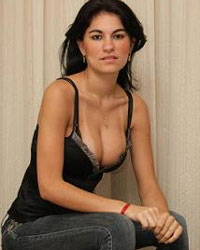 And here’s the guy who’s accused of killing her. His name is Bruno Fernandes, and he’s one of the biggest stars in Brazilian football. (Soccer.)
Bruno is the goalie forFlamengo, the Brazilian team that engenders the most fanatic support in the city of Rio de Janeiro. Elisa was one of his mistresses.
She got pregnant.
She even had the baby, although he told her not to.
And, apparently, she wound-up dead.
Apparently, because they haven’t been able to prove it.
According to a young man, a relative of Bruno’s who claimed to be in the know, she was spirited away to

Bruno’s country house (above) and strangled.
The story goes that it was done for pay, and it was done by this guy, an ex-cop.
Who then cut her body into pieces and fed it piecemeal to his pack of ferocious Rotweilers.
Apparently there were some bits and pieces the dogs didn’t want, and they were buried in the cement poured to make some additions for his house.
But they can’t find those parts, and DNA tests with the dogs have been inconclusive.
And now the kid who squealed to the cops is changing his story.
And, as a result, it’s even possible that the superstar, now being held in police custody will get off. (Sound familiar,America?)
Bruno’s wife, with whom the baby was found, isn’t talking. 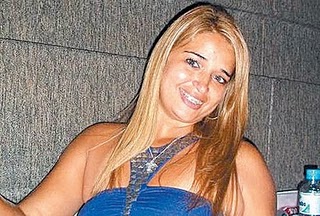 And neither is this woman, Fernanda Gomes Castro, Bruno’s current mistress, purportedly
being treated for a nervous breakdown.