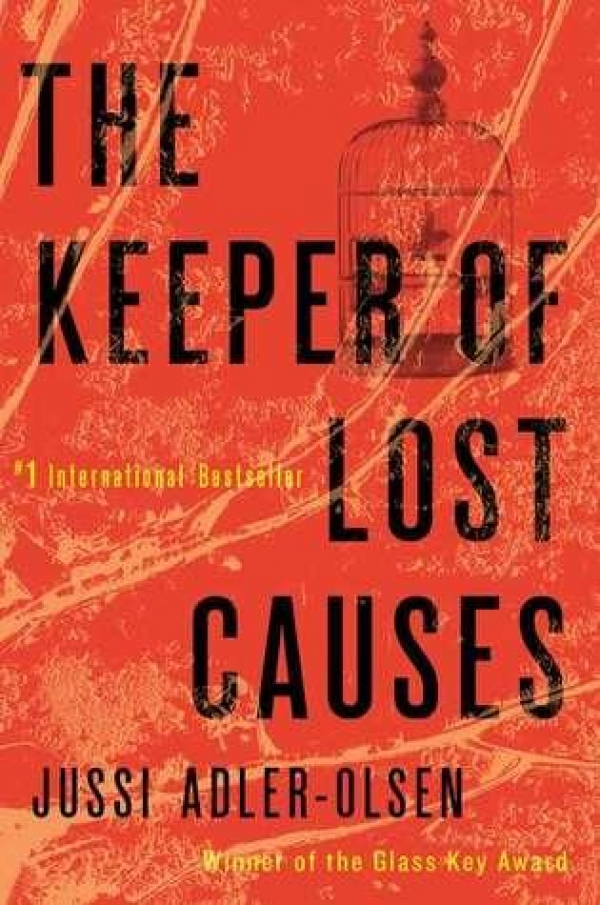 THE KEEPER OF LOST CAUSES introduces Carl Morck, a police investigator in Denmark, who has become invisible. Caught in an ambush with two other police officers, Morck was injured but quickly recovered.  One of his partners was killed, the other paralyzed.  To the superstitious, Morck is the living embodiment of the worst possible luck and no one wants to be in his vicinity.  But when Morck is able to return to duty, the police service has to find something for him to do, something they believe he can do without anyone else being involved.  They create Department Q, a cold case unit, something with which the Danes are familiar from television but not something any commander wants taking up scarce personnel and scarce money from an already tight budget.  It is, however, the perfect solution for the problem of Morck and the deal is sweetened with a promotion and the resultant increase in pay.  At firs, Morck is not displeased that Department Q has been set up in the basement, in an area barely big enough to be a closet.  He doesn’t have to see anyone and no one has to see him; everyone is satisfied.  Then Morck discovers that a sizeable amount of money has been allocated for Department Q and since Department Q isn’t doing anything that requires funding, the homicide squad, the squad he had belonged to, has been siphoning off his money.

Morck demands a car and an assistant, realizing that in getting both he can no longer get away without doing some investigating.  Assad is a man of wide interests and wide contacts; whatever needs to be done, Assad can be guaranteed to know someone who can do it, get it, or ignore it.  Despite Morck’s sincere lack of interest in the cold cases he has been assigned, Assad pushes him to make a move on one case at a time.  The case with which they begin is that of the new politician,  Merete Lynggaard, a woman making a name for herself.  She and her younger brother survived the car crash that killed their parents. Uffe’s injuries were life threatening, for a time he was blind, now he is mute, and she is his only caregiver, devoted to him because each is the only person left for the other.  When Merete disappears from a ferry, there are many questions, few explanations, and a great deal of speculation.  Did Merete commit suicide, leaving her brother in the hands of strangers?  Was she murdered, her body thrown overboard?  Were there personal or professional enemies who found her existence a problem?  It is 2007 and Merete Lynggaard had disappeared in 2002.  There is very little upon which to begin a new investigation.

The book changes point of view from Carl to Merete who has been held in a pressurized room for five years, taunted by the voice of her captor, unsure of the reason she is being punished. As the story follows Merete from 2002 to 2007, Carl is in the present at all times, gradually, with some prodding from Assad, becoming more involved in finding out what really happened to Merete.

THE KEEPER OF LOST CAUSES is a very good book, engaging right from the first page.  When published it received a great deal of attention with many reviewers comparing it favorably to Stieg Larsson’s Millennium Trilogy.  I read the book in July and have been trying to work up an honest and fair review because I don’t think it compares to Larsson’s incredible books.  There may have been problems with Larsson’s books.  I didn’t notice what they were; I was too engaged by the stories.  THE KEEPER OF LOST CAUSES is a good story and it reaches into the past to explain the crimes of the present but it doesn’t reach into the Nazi era, five years not being enough to be really interesting.  The characters are well-written but they are not in the same category as Lisbeth Salander and Mikael Blomkvist.  Mikael might be flawed but he is likeable.  The reader doesn’t learn enough about Carl to form an opinion.  Merete is no Lisbeth but the point of Lisbeth is that she is the creation of one man’s genius.  The girl of the book titles is unique in fiction, mystery or literary.

More than a few comments have been made about the similarity of the covers of THE KEEPER OF LOST CAUSES and THE GIRL WITH THE DRAGON TATTOO.  Enthusiastic fans didn’t do the author and the book any favors by invoking Larsson.  They created expectations that can’t be met.  Larsson captured lightning in a jar.