Condorena, again, reviews a book from a series that I have long planned to investigate.  The setting is exotic and the time period is one that was rarely examined in history classes.

In early twentieth century Cairo life was changing at a rapid pace. As is always the case with progress some of the changes were for the better but in some eyes many changes were also for the worse. The problem was that nobody could agree about which changes were good and which were harmful. The point in questioning this story had to do with a change in the manner in which water was delivered to the city.  For thousands of years Egypt had depended on the waters of the Nile. At the time of this story control of Egyptian water was done by the use of mighty dams such as the Aswan and smaller local ones and also by the introduction of underground piping which would take the water to specific sites. It was the custom in Cairo to open the gates and let water flow into the countryside, as the water level of the Nile grew dangerously high. This was known as The Cut and it was a time of celebration and acknowledgment of ancient beliefs. 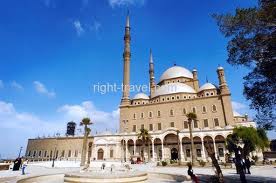 The government of Cairo in these days was a mixture. The British controlled the police and the finances; the Parquet, which was the legislative branch, was controlled by Egyptians who based their laws on the Napoleonic Code that were introduced by the French when they controlled the area. The local Khedive was the royalty of the time and it was concerned about the morality and happiness of the people. The city was composed of Muslims, Christians related to the Greek orthodox beliefs called Copts, and there was also a large Jewish community.
Progress at this point was the elimination of The Cut and the filling in of some of the canals for road and railways. The government was in favor of this because it would mean greater prosperity for the city. The health authorities were also approving of the changes because it would reduce disease caused by polluted drinking water, which was taken directly from the river.

It was the common people who were against it because it would change their way of life by taking away an important ceremony and in fact was a good example of British interference. Some felt returning to the old ways before the erection of dams was what was needed. With the dams there could be but one crop a year. Now three crops a year were possible. The cost of this was that due to almost continual flooding 85% of men had Bilharzia and conjunctivitis and were thus in ill health and weak.

What would bring everything to a boiling point was the discovery of a dead woman at the site where the cut was to take place as well as an act of sabotage to the dam itself. Initially it was thought that the woman died from complications of a ritual circumcision, but she was found to have been strangled. Could she have been a virgin sacrifice as told in the myths or was this part of a greater evil? Gareth Owen the Mamur Zapt, head of the political police must find the answer while balancing all separate points of view before worse troubles came to the city.
Michael Pearce’s series about the Mamur Zapt and the British presence in Egypt is beautifully done. He disassembles ancient history and recreates it with color, wit, intelligence and love of his subject and Egypt. He carefully navigates the subjects of religious intolerances, cultural practices such as ritual circumcision and imperial colonialism without offending the reader or ignoring the facts of the times.