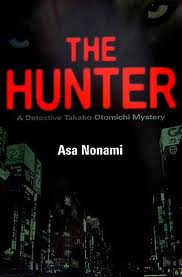 At ten minutes to midnight, a man walks into a family restaurant in Tokyo.  Masayo, a waitress,  escorts him to a table, hands him a menu, and moves to deliver coffee to customers at another table.  “…she set a bottle of beer and a glass on a tray and started toward the man’s table.  The words “Sorry to keep you waiting” were in the middle of her throat when it happened – flames shot up, right before her eyes….At first, Masayo was too stunned to realize what was happening.  The next instant, she was screaming in terror.”  The flames burned hotter and higher as customers and employees tried desperately to escape the fire.  Masayo gets knocked to the floor and crawls, blindly, toward the wind.  But the wind feeds the flames and soon the restaurant is engulfed.  It seemed as if it only took a minute for hell to take over.

One thing the arson investigators and the police know with certainty.  There is no such thing as spontaneous combustion.  The man at the center of the inferno either set himself on fire or somehow, someway, someone else did it.

The public are hysterical, fearful of the unexplained, so the police department calls in every available body from the Tokyo police and from surrounding communities.  Partners are assigned seemingly randomly and, from the point of view of one member of a pair, seemingly without thought to which two people might actually be able to work together.  Takako Otomichi is the only female member of the motorcycle squad.  Sergeant Tamotsu Takizawa is experienced, determined, and furious that he was been partnered with a girl.

The pressure increases significantly when more bodies are found, seemingly killed by a wild beast.   The odd couple struggle along, he always walking fast and away from her, she always keeping up, he always making comments about her to her, she pretending  she doesn’t hear them.  When, finally, they have to interview Masayo in her hospital room, and she will only talk to Takako, the sergeant acknowledges that maybe a female can be an asset.

Strange as it first appears, the police believe that the death in the restaurant is connected to the killings that show the signs of an animal attack.  Takako and Takizawa follow leads that take them to Tokyo’s red light district, to nightclubs, drug dealers, and a teenage prostitution ring.  How could any of this be connected to the attacks of a wild animal?

THE HUNTER is fast-paced and it is a fast read.  Both police officers are likeable and the story has a satisfactory ending.  The murders are grisly but the details can be easily skipped.  There are no details about the prostitution ring or the drug dealers.

Unfortunately, no other books in the series were made available in English.