CARO RAMSAY from MURDER IS EVERYWHERE 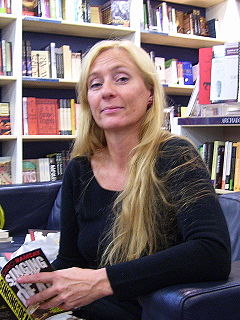 On August 15, I reviewed a stunningly engrossing book by Caro Ramsay, ABSOLUTION.  I first learned of the author when she was a guest poster on my favorite blog, Murder is Everywhere.  Timothy Hallinan, Leighton Gage, Cara Black, Yrsa Sigurdardottir, Michael Stanley (Michael Sears and Stanley Trollip), and Dan Waddell each post weekly on the cultures and the lives of the people in the countries in which they set their books.
Caro was invited to post an entry and I am very glad she did so.  Her explanation of how various writers are influenced by their locations is informative and funny.  As we are all fans of the genre, we can’t help but be interested in the means and methods she uses.
The following is Cara Ramsay’s guest post on Murder is Everywhere on July 24.
—————————————————————————————————————————————-
Hi, All.  Cara (Black) and Stanley (Trollip) were chatting to me about this fab blog site and I thought I might lend a Scottish perspective on all things of a crime novel nature

…. and then I read Dan Waddell’s blog re sport that contained the phrase… ‘truculent Scot‘… and I thought.. Well there’s a tautology if ever there was one!

We are all preparing for the Harrogate Crime Festival and as usual I’m not offered the panels on counter pointing metaphors and the inverse narrative. I get the panels about sex, violence, swearing and drugs. The Harrogate panel this year is ‘A Scotsman, Englishman, Irishman and a Welshman walk into a pub… and write a crime novel! Discuss!’ Apart for being a basis for lots of rampant nationalism I.e. the other three berating the English guy and not mentioning the football too often. Just in case it all kicks off, there is an American in charge who will be forced to remain neutral… as long as he is on my side.
I think the serious point of the panel is – we are four nations so close geographically, do we really dislike each other? Do we play to the stereotypes of our respective countries? Do we struggle for our identity? Does our sheer nationalism make us write differently? Is our crime fiction different? And why?
My views? It’s all to do with the landscape. Basically, England is sunny and shiny with lots of nice grass. The bit at the bottom of the country, to the left is Wales… low clouds, close harmony singing, brooding dark passion, Tom Jones, Catherine Zeta Jones,… you can see the Breton influence in them. Further to the left… across the water is Ireland. Where the citizens are passionate and just a bit crazy in a lyrical, charismatic (drunk) kind of way.

Scottish history, according to some, says that one day a few Irish folk were standing at the north end of their country and looked across the sea to a land that was colder, wetter and windier. They looked at the Rottweiller mountains, the huge waves and thistles that stood higher than their trousers and they thought 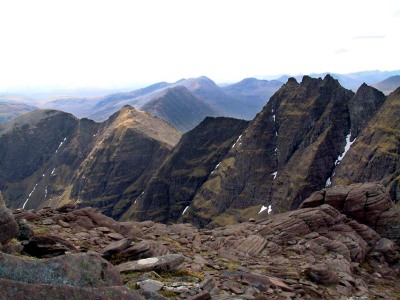 Follow that by a few Nordic invasions and so the Scots were born.

… And if you look at Scottish fiction, from Robert Louis Stevenson to John Buchan and the present day and whathisname- oh yeah that Rankin bloke….

Dark, bleak, chilling, not exactly action packed but deep and brooding, like the landscape.
We don’t do cosy (apart from the two sisters in Edinburgh but they have a nice front room, posh china and they wear cashmere cardis so are nearly English). ‘Cosy’ as a genre belongs to the south of England, (re Agatha). The further north we go, things get gritty, (re McDermid), Glasgow (me), Aberdeen (Stuart McBride, McBeard to his fans)…. Keep going north you end up with Yrsa!
There was an interesting thing on the TV last night 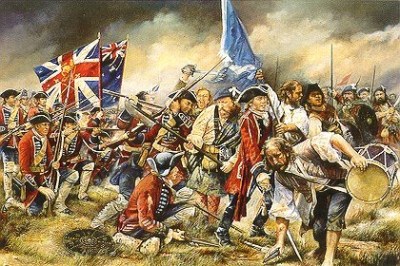 One of the most distressful episodes in Scottish history was the battle of Culloden in 1745… The English came up and brutally slaughtered the Scottish clans that stood against them in honor and defense of their homeland. After the battle… the English soldiers murdered, raped and burned their enemy, the tartan was banned, the bagpipes were banned, the language was banned, the clan system was banned… the identity of the Scottish nation was broken in that one afternoon.

Or so we get taught at school

… it’s not actually true, it was much more complicated than that – Scot against Scot, highlander against lowlander, clan against clan, the French were there in the mix but it was a turning point… But the interesting thing is that twenty years later… Glasgow and Edinburgh had become known as ‘cradles of genius’ the destruction of the clan system brought about a huge intellectual advance on what was previously a disparate nation of clan rivalry. All that passion still has to be directed somewhere, in our music and our writing and it has never stopped.

Alliteratively, the view out the window of my turret where my writing room is, I

‘m looking across the top of the bluebell wood…. It’s early July, the rain is being caught by the wind and hitting the window horizontally, dark purple clouds are blustering across the sky and senior dog, the husky, is tucked under the radiator and refusing to move.

So the idea of sitting here, in the warm turret and not going out until I’ve killed off a few more folk in the next book is very appealing indeed.
Maybe that’s why so many of us do it!!!

This entry was posted in Uncategorized and tagged ramsay, reviews, scotland. Bookmark the permalink.