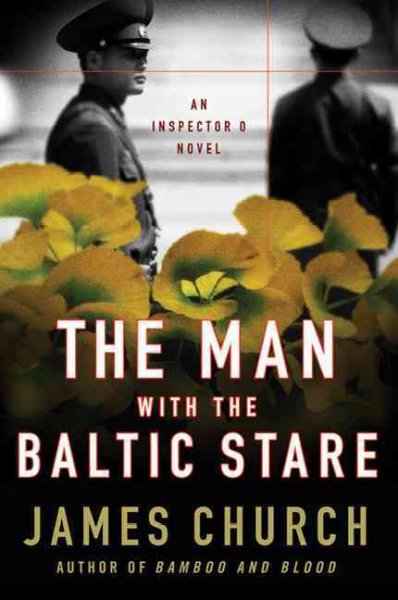 Sometime in the not too distant future, Inspector O, previously of an undetermined ministry in North Korea, is forced to leave his isolated mountain home to return to Pyongyang and take on a mission that only he can accomplish.

He is completely bewildered.  It has been years since he has had any contact with the outside world, rules he demanded when he was forced into retirement.  Now, suddenly, he is the only man who can resolve something of vital importance to North Korea.  When O arrives in the city, he is overwhelmed by the changes.  The streets are lit at night, there is plenty of food, the people are warmly dressed and everyone keeps telling him, “you don’t know what you think you know”.

Inspector O learns quickly that what he thought he knew, that North Korea was in the same state it was in when he moved to his mountain, is no longer the case.  North Korea as he knew it has been failing and South Korea has been making overtures regarding re-unification.  The Chinese have crossed the border, a little bit, so they will be in a position to move quickly if North Korea completely collapses.  It isn’t clear if North Korea is to have a leader who will move the country further toward the south or if the two Koreas will become one but the problem is the same in either case.  The young man, who will be the leader which ever way it plays out, appears to have taken an unannounced trip to Macau where he murdered a  prostitute, dismembered her, and took her body out of the hotel in a very specific Louis Vuitton wheeled suitcase.  It is O’s job to make sure that these events are forgotten.  It is also O’s problem when the young man disappears.

James Church takes his readers on a bit of a “through the looking-glass” tour in the Inspector O books.  O explains to one of the many people who are trying to help him or hinder him on his mission that, “People who stare are special.  That’s how my grandfather put it – special.  He said if someone gave you a Baltic stare, it meant you would have good luck for a year.  That was the term he used – ‘Baltic stare.’  He didn’t know why it was called that, but he had heard it when he was in Russia, and the name stuck.”  Inspector O is a master at creating his own luck.  It is the only way he has survived.

As the setting for a series of fiction, North Korea is only as real as an author makes it.  There is so little information about the lives of the North Koreans that the country itself falls into the category of fiction.  Church gives Inspector O a story to tell.  “There was once a king who cried when he was happy and who smiled when he was mad.  He had his subjects whipped when he was pleased with them….At first there was confusion in the kingdom.  People were not sure of themselves….As more time passed…. They adapted….The other countries did not know how to deal with such an upside-down place….The king finally died.  People stood on the street corners and cheered when his coffin went by….Foreigners who observed this did not know what to make of it.  You see, they said knowingly to each other, it was inevitable.  All the time the people were pretending to be happy when they were actually sad.”

That may be James Church’s bedtime story for Dear Leader.  I certainly hope that Inspector O has no bedtime in the near future.

This entry was posted in Uncategorized and tagged church, north korea, reviews. Bookmark the permalink.

3 Responses to MAN WITH THE BALTIC STARE – James Church